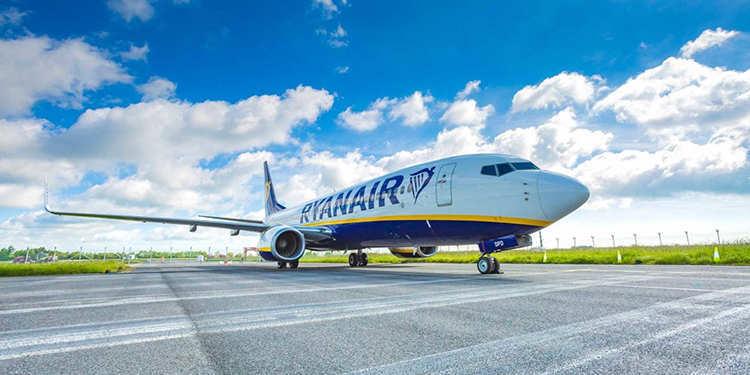 Ryanair on Tuesday announced its Greek Summer 2020 schedule that includes 14 new summer routes to destinations in France, Italy and Germany.

Speaking to journalists during a media briefing in Athens, Ryanair’s chief commercial officer, David O’Brien, said the total number of routes in Greece will reach 147 in summer 2020.

The Irish low-cost airline’s summer schedule is expected to deliver 6.6 million passengers per year, up from 6.3 million in 2019, and support 4,950 direct and indirect jobs at the 13 airports it operates in Greece.

We’re still flying to Greece, we’re still growing in Greece but in a different way than we initially intended. Our original intention was to grow through the year. We made several offers to several governments to grow to 10 million passengers by now. We haven’t because they showed no interest in our growth plan

, O’Brien said, underlining that the airline is interested in incentives for cheaper rates at Greek airports.

During the media briefing, Ryanair’s chief commercial manager once again referred to the “high charges” of the country’s 14 regional airports, operated by Fraport Greece, which he said do not meet the level of service provided.

Underlining that Ryanair’s general business strategy is focused on ensuring the most efficient routes possible, O’Brien said that the company does not hesitate to cancel routes that perform fairly but are considered expensive for the company – even to popular destinations such as Hamburg and the Canary Islands – and this way support growth in other destinations.

It is reminded that Ryanair last year closed its base at Chania Airport on Crete and cancelled a number of domestic routes in Greece.

When referring to Chania at the media briefing, O’Brien did not rule out opening a base once again in the destination.

We will consider again opening bases seasonally in Greece at some point in the near future… Not next summer, but in the future we will consider a favorite place of ours which is Chania

, he said, underlining that the airline would only open a base again there under certain conditions.

Ryanair currently has two bases in Greece, at the airports in Athens and Thessaloniki.