An Ancient City under the city 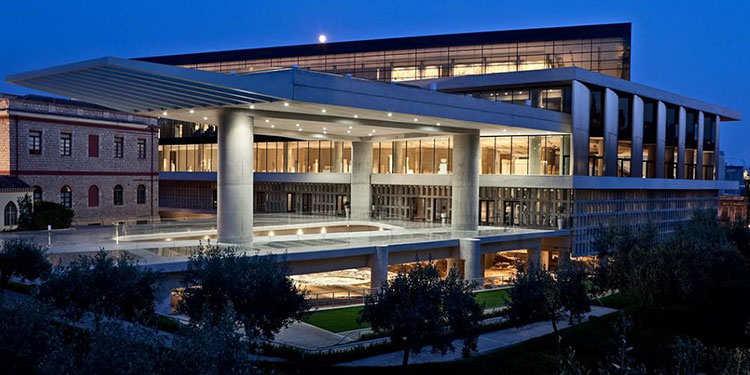 The award-winning Acropolis Museum in Athens is organizing a number of events for all as part of the celebrations for its 10th anniversary on June 20.

Since its grand opening in 2009, the museum has received 14.5 million visitors from Greece and abroad.

During the museum’s first years of operation, which coincided with the economic crisis, the number of visitors reached 1 million [annually].In 2018 however, the museum received 1.8 million visitors, which is a significant increase

Dimitris Pantermalis, the director of the Acropolis Museum, told reporters during a press conference on Wednesday.

Pantermalis also added that the Acropolis Museum has been included among the world’s five most significant museums by ICOM, the International Council of Museums.

It houses over 4,000 exhibits while its top floor is dedicated to the Parthenon, the monument’s friezes and sculptures.

An ancient city under the city

To mark its 10th birthday, on June 21, the museum will officially open its underground excavation site, which is currently visible through the glass floor at its entrance.

The excavations have revealed an area of 4,000sq.m. which includes the ruins of an ancient Athens neighborhood, dating from the Classical period through to Byzantine times, and includes houses, streets, workshops and bathhouses.

The site will also be enriched with the most significant mobile findings of the excavation, which offer valuable information on the everyday life in ancient Athens.

The museum’s underground collection will be accessible with the general admission ticket.

The museum’s 10th anniversary will also be marked by a number of events including concerts, lectures and exhibitions.

More specifically, aiming to shed light on the Acropolis restoration process, the Acropolis Museum on June 11, will open the exhibition titled, "Chisel & Memory", which features selected photos from the archives of the Committee and the Service for the Restoration of the Acropolis Monuments.

The impressive photos have captured the craftsmen’s techniques and efforts to embody centuries-old expertise, as well as cutting edge technology to their work. The exhibition will remain open until October 31.

Furthermore, on June 13, at 7pm, the museum will host a lecture by Italian professor and expert Giovanni Verri on the "True colors of the Parthenon marbles."

Then, on June 19, visitors will have the chance to enjoy a concert conducted by renowned composer Stavros Xarchakos, with some of his best known songs, as well as works of Mikis Theodorakis, Vasilis Tsitsanis and Manos Chatzidakis.