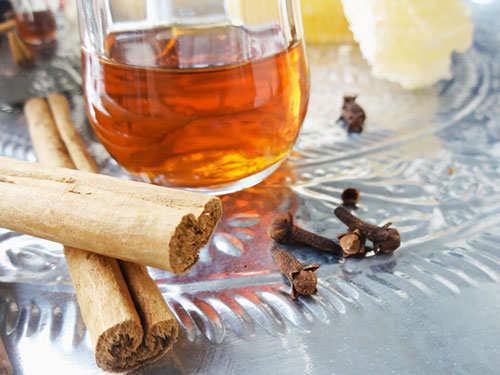 The Guardian has put together a list of the world’s best winter drinks to warm you up over the cooler months and Greece’s “Rakomelo” has been named as one of the top 10!

Rakomelo is a local Greek beverage combining raki or tsipouro with honey and several spices, including cinnamon, cardamom, and other regional herbs.

It is both warm in color and taste and is largely produced in Crete and other islands of the Aegean Sea, as well as on the mainland.

This popular winter drink is usually served warm and you will definitely find it in mountainous and ski areas and is also often used as a home remedy that helps fight a common cold.

When winter arrives in Greece, locals turn to rakomelo, a mix of tsipouro (a pomace brandy that’s similar to grappa, but fruitier), spices and honey. To make it, the tsipouro is gently warmed with cloves and cinnamon – orange peel is often also added – and then mixed with a little honey. The resulting drink – its alcoholic kick mellowed by the sweetness – is served in small ceramic or glass pitchers and poured into miniature cups (a Mediterranean version of those used for sake) or shot glasses; it is meant to be sipped and enjoyed in good company.

One of the most iconic places to enjoy rakomelo is Psyrra, a “disco cafe” as they jokingly describe themselves, in reality, a tiny, convivial bar in the Psyrri neighbourhood, with tables out on the street, and heating lamps and blankets to keep you warm during winter

Some say drinking Ouzo is a form of art, while others call it a lifestyle. 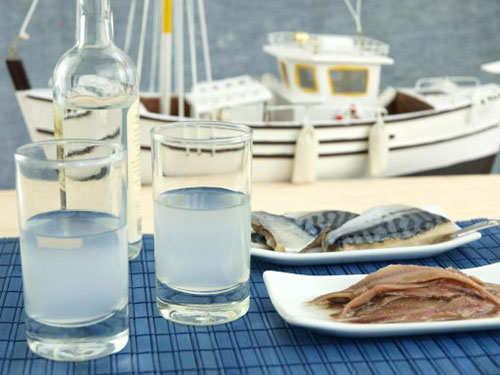 Ouzo is an anise-flavored aperitif consumed by people of all ages, mostly while sitting around with family and friends at a tavern, kafenio or Ouzeri.

Made from the by-products of grapes after they’ve been used for wine-making (mainly the skins and stems), it’s then distilled into a high-proof alcoholic beverage that’s flavored primarily with anise, which gives it a distinctive licorice taste. Other herbs and spices are added to enhance the flavor, and each manufacturer usually keeps their recipe a closely guarded secret. Both the quality of the distillation process and the flavorings make each brand of Ouzo very different in taste.

Ouzo is said to have its roots in Tsipouro, which is dated back to a group of 14th century monks living in a monastery on Mount Athos. Modern Ouzo distillation largely took off in the beginning of the 19th century, following Greek independence, with production centered on the island of Lesvos. In 1932, Ouzo producers developed a method of distillation using copper stills that is now the standard method of production. In 2006 the Greek government gained exclusive rights to the name, and nowadays, if it’s not made in Greece, it can’t be called Ouzo.

It’s also very versatile and included in many signature Greek dishes. Mostly in seafood recipes, as well as in desserts because it gives that unique anise taste.

Ouzo is mostly consumed over Summer and Greeks will pine over one glass for hours as they sit back, relax, talk, and eat. It is not a drink that is meant to be rushed. Remember to enjoy each sip, and make sure you also order lots of mezes along with it. This is the way to enjoy the true meaning of a Greek spirit!